(Their wines are a lot better than this photoshop job)  You don’t get to look into the future all that often. That gaze is normally reserved for prophets, seers,… 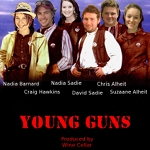 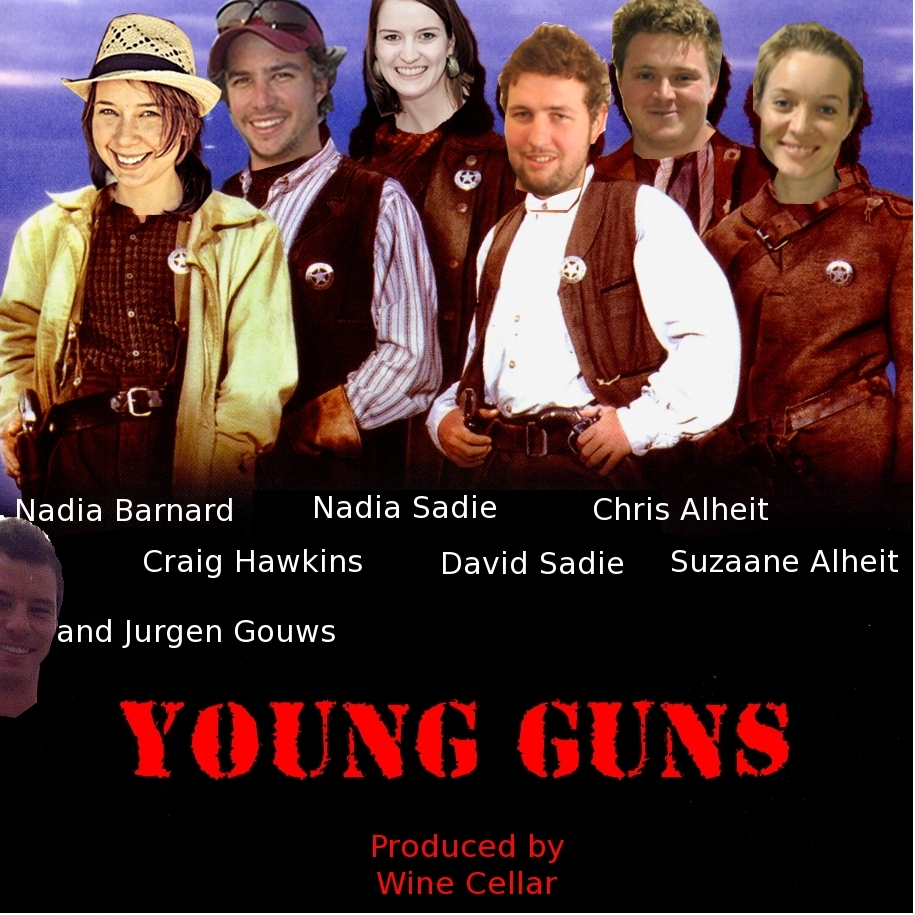 (Their wines are a lot better than this photoshop job)

You don’t get to look into the future all that often. That gaze is normally reserved for prophets, seers, and witch-doctors, we are offering you the chance to do just that on the 9th of May. The Young Guns tasting is the most exciting tasting this year. By attending this event you will be looking at (and tasting) the future of South African wine. There will be beer, there will be wine, there will be song, to book (and you are going to have to be quick) mail Tessa to book your spot. Tickets are a steal at R50.

Last year the young winemakers rocked wine cellar hard, playing music that they thought paired best with their wines. This year the same format will be used, and you will get to taste some the country’s most exciting, unique and boundary pushing wines, whilst listening to South Africa’s future winemaking stars explain why and how they do what they love

This crew are all about letting the vineyards speak, the wines sing.

Here is a little profile on the winemakers and what to expect at the tasting. 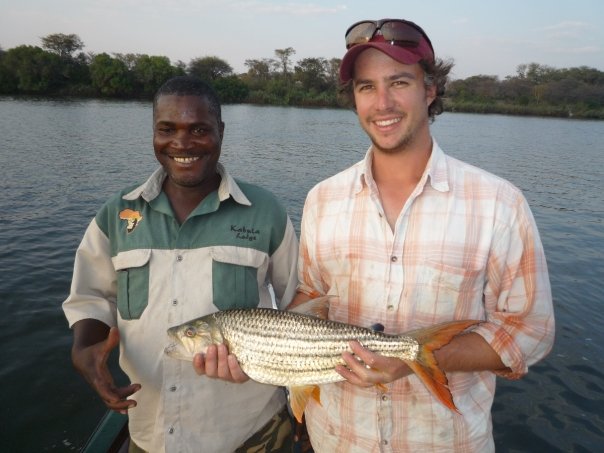 Craig Hawkins typifies the Young Guns mentality. His wines are full of personality and freshness, and to some, downright weird. Born in Pietermaritzberg Craig arrived in the Cape as a teenager and attended Wyberg Boys High where his hockey playing days started (he still plays for the Somerset West Boomers).

His first stint at the University of Stellenbosch was in Forestry. This didn’t last long and soon he was in England spending a year playing hockey, tending gardens, and earning a nickname squirrel (he will have to explain this at the tasting).

returning to South Africa he made his way back to the University where he enrolled in Viticulture and Oenology. Even then he didn’t really buy into the traditional farming methods and gave his lecturers hell. He completed his practical training with Eben Sadie i (the Yoda/Mr. Miagi character for many young South African winemakers) before setting out to work harvests in Spain (Dits del Terra), Portugal (Niepoort) and France (Ogier (Cote rotie), Roc d’Anglade (Languedoc), Domaine Matassa (Roussillon) and spent a couple of weeks working/making his way around Sicily.

He currently works for Lammershoek, while also producing wine for his own label, El Bandito which we will be tasting. These are crazy white wines that are made more like red. Chenin Blanc with long macerations. 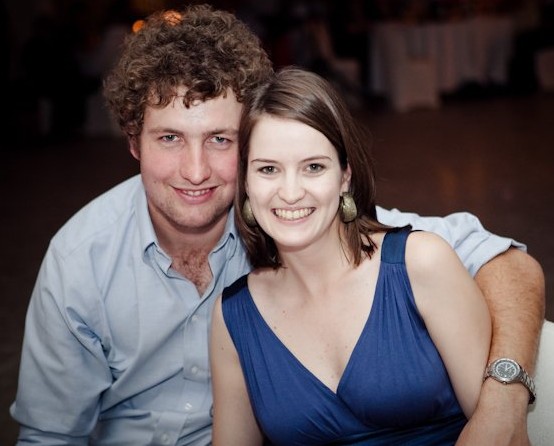 Another Swartlander – although this times born and bred – David also studied Viticulture and Oenology at the University of Stellenbosch where he met his wife, Nadia (now a qualified soil scientist and viticulturist and working at an agri-environmental company). David – like all the young guns – travelled around the world gaining winemaking experience and skills working at
South Pacific Cellars – New Zealand, Chateau Quinault – France and Yves Quilleron – France. He also put in the time locally at Waterford, Rustenberg and Saronsberg.

His time in the warmer climes of the mediterranean, working with the local varieties made an impact on both his palate and the ideas of what wines to produce. In 2010 the first vintage of his white blend Aristargos was released and immediately it started making an impression.

Again, natural winemaking is a focus for this husband and wife winemaking team, with nothing added, a firm focus on the vineyard, and not battering the wines with oak. These wines are without question out to be some of the country’s best, and a chance to taste them is always a treat. 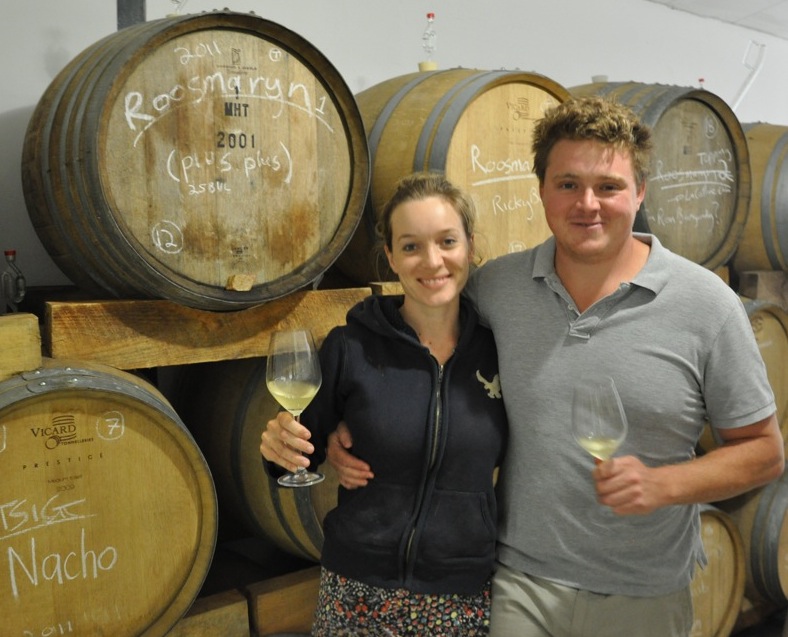 Another Husband and Wife team, but this time not from the Swartland (yes there are young winemakers from other regions) but rather the Hemel-en-Aarde valley. Suzaan and Chris (known as butch, another nickname to work out) Alheit are comitted to making the best wines in South Africa ever. They have travelled a lot,  working harvests together in California’s Napa Valley, Western Australia, St.Emilion in France, Clare Valley in South Australia, and Germany’s Mosel River. As well as tasting and exploring wines in New Zealand, Languedoc, Rousillon, Provence, the Northern and Southern Rhone, and the Cyclades (Greece).

They came back impressed with Europe believing this is the home of fine wine, and to take what they learned there, apply it to wines in South Africa and make the BEST WINES EVER.

They specialise in white wine because it goes best with soda water – JOKING – they love white wine and believe that to produce “world beating stuff”, or, THE BEST WINES EVER, the best chance is with white wine. They have the right attitude to getting this right, and you just have to meet Butch and hear him talk about wine to believe that they very well may make some of South Africa’s best wines. 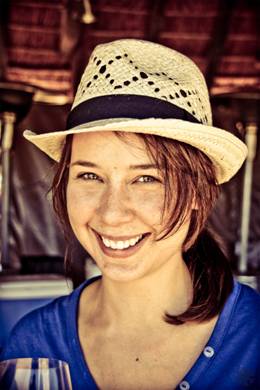 Nadia currently helps make the brilliantly elegant, and defined wines at Waterkloof. She grew up in the Stellenbosch region and has had vines and wines around her whole life. She is another Stellenbosch University graduate in viticulture and oenology. After  completing her degree she too headed out into the world working harvest at small family owned wineries in Australia, New Zealand and France. In 2009 she returned to start working at Waterkloof.

This young gun is going to be rounding out the tasting with a Port, oops, sorry, Cape Fortified. It’s made from Tinta Barocca. The grapes are all sourced from the Stellenbosch area. You should have guessed this by now, but we’ll tell you anyway, the grapes were lovingly pressed in a small basket press and the wine went through spontaneous fermentation, and nothing else was added except a touch of sulphur. It has been in the barrel for around a year and a half, and we’ll be the first few people to taste it.

Nadia is looking make more port in the future and experiment (obviously) with different varieties. We can’t wait to end the tating on this delicious Port, and are even more excited to taste her Ports of the future. 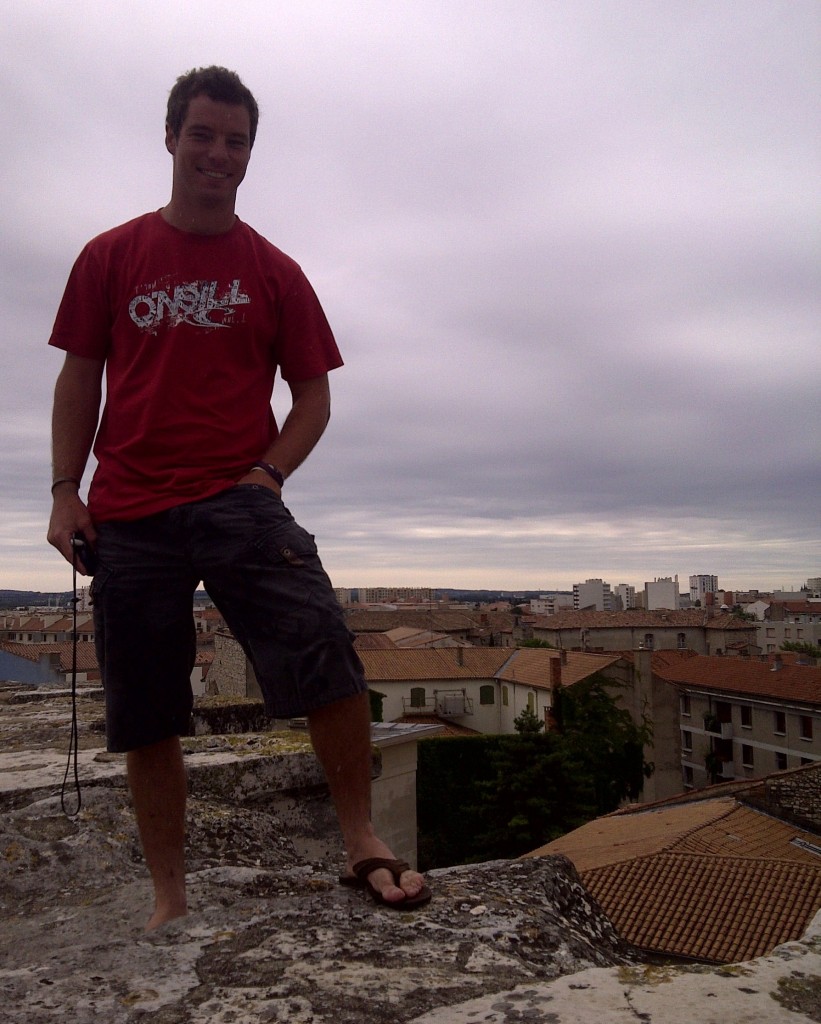 Jurgen is not a man of many words, and when we were asking him about his thoughts on wine he was short, but definitely to the point. Whilst travelling around Europe learning his trade, Jurgens discovered how wine can “bring people together and create a buzz of energy”. This is his mission. Which, despite its berevity is better than nearly every other wine makers reason for making wine. He’s saying he makes wine to make people happy. this is really the point of drinking wine, so we know Jurgen’s head is in the right place.

He makes Intellego Chenin Blanc. There aren’t a huge amount of words written about this either. We guess it is because there is not enough to go around, and everyone who has any is drinking it, rahter than writing about it. We love it’s rich full style but with a bunch of stone fruit freshness thrown in. Again, this is solid Swartland Chenin. We love it. Hope you can get to the tasting to try some.