Wine cellar is proud to be importing Dominio de Pingus, one of the world’s most sought-after wines. Whilst we will only be receiving the 2012 Pingus in around 2015, we…

Flor de Pingus – ‘pound for pound one of the great values in winedom!’ 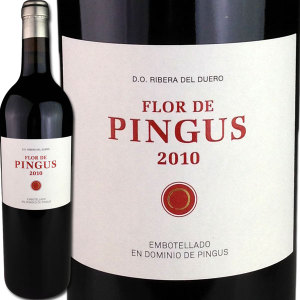 Wine cellar is proud to be importing Dominio de Pingus, one of the world’s most sought-after wines. Whilst we will only be receiving the 2012 Pingus in around 2015, we tasted the 2010 Flor de Pingus and 2010 PSI last night and have limited quantities available.

These ‘2nd’ and ‘3rd labels’ are made from old-vine Trempanillo from Ribera del Duero known as Tinta del Pais. After the monumental success of Pingus itself in the mid-1990s, massive demand lead Peter Sisseck to seek out more vineyards for Flor de Pingus and eventually the PSI in 2008. Offering the richness of Toro, but with more elegance and finer tannins, both these wines show spellbinding complexity and poise. The Flor is far from being considered a second wine and it has been described by the Wine Advocate as ‘pound for pound one of the great values in winedom!’

Please let us know if you are interested in receiving an allocation of Pingus itself. Information on the 2012 is available here; it will be around R9,000 per bottle.

Flor de Pingus 2010 – R 940
The 2010 Flor de Pingus is raised in 40% to 50% new French oak (Darnajou and Taransaud). It has a superb bouquet that is taut at first, but unfolds beautifully with very pure small dark cherries, cassis, orange blossom and a faint, attractive note of strawberry cheesecake. The palate is medium-bodied with sumptuous, plush tannins counterbalanced by the crisp thread of acidity. It has great clarity and tension with vibrant allspice and white pepper notes towards the finish that closes down a little, suggesting that it will need two or three years in bottle. Excellent. Drink 2015-2025. WA 92/100

PSI 2010 – R 395
The 2010 Psi has a more tightly wound bouquet than the 2009 with fresh blackberry, blueberry and vanilla essence that is well defined and harmonious. The palate is very well defined and the tannins, a little finer and more filigree than the 2009. It is fresh and natural, with precise dark berry and balsamic notes towards the finish. Thankfully the 2010 maintains its natural, almost -laid-back- persona and it represents the best Psi to date. Drink 2013-2019. WA 92/100