Wine Cellar Director Roland Peens shares his vinous highlights of 2014. Leeuwenkuil Heritage Syrah 2012 – R 275 My top wine of the year is a single-vineyard Syrah from the… 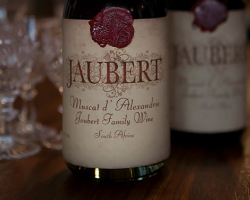 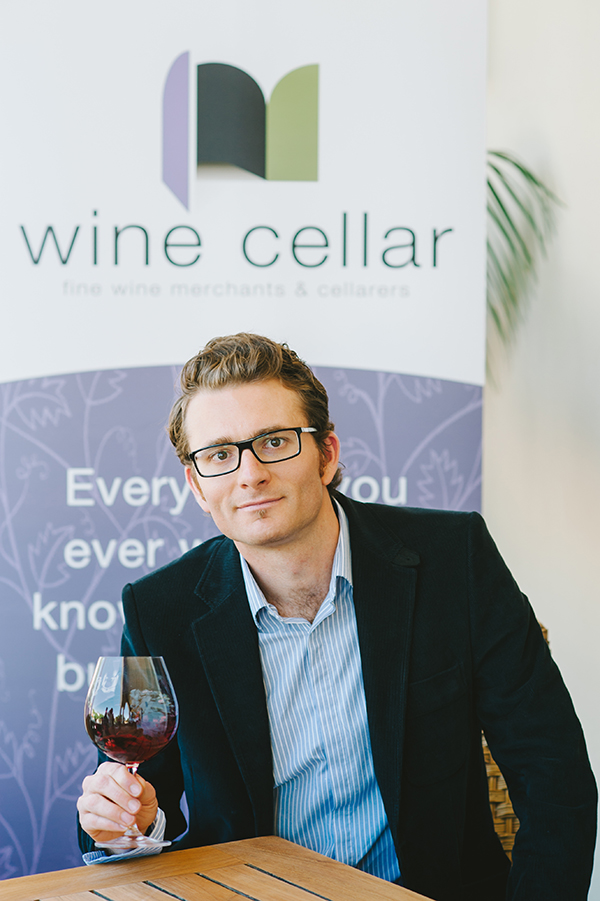 Leeuwenkuil Heritage Syrah 2012 – R 275
My top wine of the year is a single-vineyard Syrah from the southern slopes of Riebeek Mountain. There is a reason that Mullineux-Leeu, Rupert and Boekenhoutskloof have bought all of the land here: this is South Africa’s Côte Rôtie. Cool nights, very rocky schist and the southern exposure is quite unique in the Swartland, giving the wines from Riebeek Mountain an old-world-like tension. Heritage Syrah is made from the 1.5ha ‘Middelpos’ vineyard that is actually owned by the South African government, a long story in itself. The wine was made under the guidance of Rudiger Gretschel for Leeuwenkuil and it has been launched alongside a premium Leeuwenkuil Chenin Blanc, made by Pieter Carstens under the guidance of Vincent Carême of Vouvray.

Why is it so good? Well, according to Rudiger, who farmed this vineyard preceding the vintage, the grapes were perfect. Tiny, healthy berries came from natural farming and a balanced low-yielding vineyard. It gives the Mullineux single terroirs and Porseleinberg – the only other great single-vineyard Syrah from the Swartland – a serious run for their money.

I have confused this wine for Domaine Jamet, twice. Not that South Africa should be making copy-cat Côte Rôtie, but with so many ripe, boring wines in our midst, this is a game-changer. Over two days it starts to open up to savoury dark olive, perfume and kirsch, melting into a salty, Cornas-like finish. It is fresh, rich and tannic with exquisite balance, giving me the impression that it will age well for two decades. Tim James missed the gravity of this wine in the 2015 Platter’s Guide with an ordinary four stars. We will be offering it in the new year, but it is available now.

Savage White 2013 – R 180
Duncan’s second vintage of Savage White is an absolute knockout. The red may be more popular, but this Domaine de Chevalier lookalike holds a pristine purity, unbelievable complexity and a taut structure that suggests huge cellaring potential. High-altitude, ungrafted vineyards near Villiersdorp give this wine incredible energy and depth. At R180, it really is ridiculous value.

René Rostaing Côte Rôtie La Landonne 1998 – Not Available
When La Landonne is good, it’s as good as the best wines in the world. Rather difficult to describe the experience, the nose haunted us all with a cauldron of braised meat, smoke, pure fruit and spice which followed through to the palate. Not amazingly powerful, its balance of fruit and savouriness with incredible length stunned us all. Each new sip revealed new pleasures and I woke up the next day with the flavours lingering on the tip of my tongue. I put this alongside a handful of wines that I have judged to be perfect.

Domaine des Tours Vin de Pays Vaucluse 2010 – R 255
This is basically the seventh wine of Château Rayas, the Grand Cru of Châteauneuf du Pape. Made just outside the Vacqueyras AOC in the Vaucluse district, it is technically Vin de Pays or ‘country wine’. But it is also technically the most delicious wine I have had this year. Softer and more fun than the Rayas, it has the same beautiful, savoury fruit spice that old-vine, late-picked Grenache can deliver.

We are sold out for the moment, but we have a few more cases of the same vintage arriving early next year. If the 100-point scale was based on deliciousness, this would get 100.

AA Badenhorst Château Raaigras Grenache 2012 – SQ
South African Grenache is often too sweet, lean, oaky or just boring when it comes from young vines or is put in the hands of the wrong winemaker. But this 60-year-old vineyard (SA’s oldest Grenache) on Kalmoesfontein is definitely in the hands of the right winemaker! And he was not wrong with the name either – this wine is Rayas-like in depth, with a shimmering freshness and layers of complexity. One step up from the Soldaat 2012 in my view, this is the best Grenache I have tasted outside Châteauneuf. We have a tiny allocation; please contact James@winecellar.co.za if you are interested.

Jaubert Muscat Circa 1800 – R 50,000
The Joubert Family have decided to release a few bottles of the 115-odd litre barrel of Muscat that has been in their family for 200 years. See my write-up on this amazing experience. 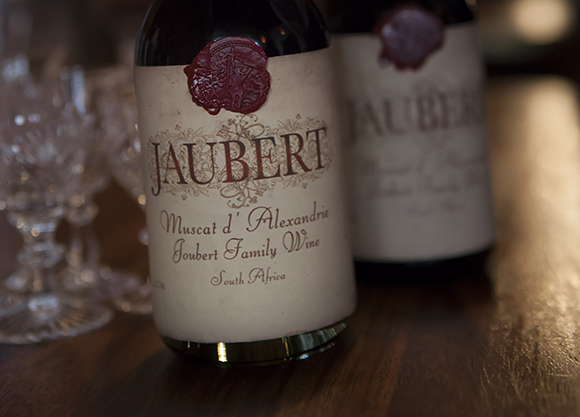 Alheit Magnetic North Mountain Makstok 2013 – Not Available
This is Chris and Suzanne’s top release so far. Made from the now-famous, old-vine Chenin Skurfberg vineyard, it has received praise around the world for its incredible depth, texture and sheer complexity. It is just so hauntingly delicious and intriguing; I would love to see this wine in a decade or two.

Mullineux Schist Syrah 2012 – R 675
All of the single-terroir Mullineux wines, both Chenins and Syrahs, were exceptional this year. In terms of the Syrahs, the Iron is more plum and sweet, the Granite structured and powerful, but it’s the Schist that has the x-factor. There is a fragrance and depth that ignites the soul and keeps you coming back for another sniff and sip. With Côte Rôtie heading to the four-figure mark, Syrah lovers should flock to this gem.

López Heredia Viña Tondonia Rioja Gran Reserva 1981 – Not Available
López Heredia has regained the limelight as one of the world’s greatest producers. This, after changing absolutely nothing for the last 120 years. The interest in Parkerised, modern wines that arose in the ‘90s, from Spain and around the world, is quickly fading. Consumers are seeking more tradition, authenticity and more terroir-driven wine. López Heredia is certainly unique with its 10 years of barrel ageing and then another decade of bottle ageing before release. 1981 was a great Riojan vintage and this sublime wine is just starting to enter its drinking window. Almost Burgundian in nature, it delivers unbelievable complexity, freshness and finesse. A humbling experience.

Sadie Family T’Voetpad 2013 – Not Available
This was my favourite wine in the Old Vine Series this year. As these wines are made from small, extreme vineyards, the variation can be quite considerable from year to year. On the red front, for instance, Soldaat was the clear favourite last year, but Pofadder was top amongst the reds this year. T’Voetpad is a field blend and not a winemaking blend, made from 100-year-old vines. The Palamino adds a limy structure to the richer Chenin, with the Sémillon adding fragrance and texture. A truly magnificent wine that checks all the boxes for greatness.

Raats Cabernet Franc 2012 – R 400
Bruwer has been commanding Cabernet Franc for 14 years and the 2012 is probably his finest yet. His top vintages of 2009, 2005 and 2001 really show how ageworthy and fine his wines become, although even the lesser years age with grace. The 2012 shows extra lift, combined with a richness of tannin and finely tuned finished. Probably more Loire-like than Bordeaux, it is utterly brilliant.

Storm Vrede 2013 – Not Yet Available
This is the second vintage Hannes Storm has made under his own label. Having left Hamilton Russell, he hasn’t moved very far; the Vrede vineyard is right next door in Hemel-en-Aarde Valley. Of the two wines, the Moya is more fruit-driven while the Vrede is more mineral and structured. His 2012s are good, but not quite as glistening, deep, exotic and fine as the 2013s. I can’t think of a Pinot Noir with this kind of purity in South Africa and it is set to make waves next year when released.

Marqués de Murrieta Castillo de Ygay 1934 – Not Available
Thanks to Caroline Rillema for sharing this bottle, an experience that will never be forgotten. The bottle was in very good shape – even with an ullage mid-shoulder, there was no leakage and the wine was pristine. On decanting I was immediately surprised by the brightness, showing the success of the vintage (often poor vintages become muddy). The nose was warming with its array of nuances, somehow showing red fruits along with distinct maturity. There were no signs of oxidation and the palate was pure and balanced. Each time you went back to the glass it changed, offering layer upon layer of enthralling delight. We had a 1995 later in the evening which felt like a barrel sample. These traditional Riojas age so well!

Paul Cluver Wagon Trail CWG Chardonnay 2013
South Africa’s Chardonnay is very strong at the moment and Wagon Trail is the best of the best. Quite a leap from the very good, regular PC Chardonnay, it has amazing depth and structure with Burgundian finesse. With the price of Premier Cru Burgundy reaching R1,500 per bottle, the Wagon Trail at R1,000 is probably one of the best value wines on auction.

Produttori del Barbaresco 2010 – R 355
This is definitely a Wine Cellar value-for-money punt. But that’s why we import it! You cannot get better value for such a pleasurable and classic wine from anywhere; comparable quality from other classic regions will cost two or three times this price. 2010 was a great vintage and the declassification of its single vineyards gives this ageworthy wine extra depth and concentration. This should be bought by the case (12) and savoured over the next two decades.

For more information on the wines listed above, please email Roland@winecellar.co.za.