Following the success of the 2015 VIP, we have created a new investment portfolio to take advantage of the last of the key 2018 stocks. The Alternative Investment Portfolio(AIP) features rising stars along… 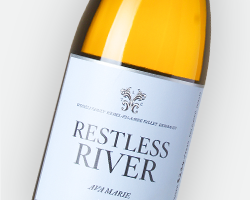 Following the success of the 2015 VIP, we have created a new investment portfolio to take advantage of the last of the key 2018 stocks. The Alternative Investment Portfolio(AIP) features rising stars along with famous historical producers with the aim of maximum returns. The R40,000 product, including free cellaring for 5 years, is an instant cellar of SA’s finest and most sought-after wines. Find out more.

One such rising star is Restless River who has quietly achieved cult status for their brilliant, Burgundian-style Chardonnay and lean Cabernet Sauvignon. The Ava Marie Chardonnay 2016 is once again exceptional with a Chassagne-like minerality and chiselled structure. It is ‘a triumph of understatement’ says Christian Eedes, with beautifully managed oak, fine purity and a detailed finish. 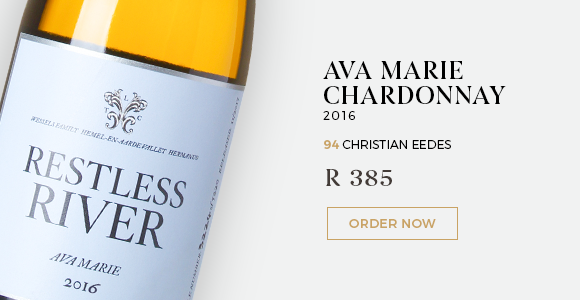 We believe their 2015 Main Road & Dignity Cabernet Sauvignon redefines the variety outside Stellenbosch. Made in the same fresh and leafy style as previous vintages, the dream ‘15 vintage adds an extra gear of ripeness to this release. Once again, it dances a fine line of ripe fruit and greenery against a backdrop of silky tannins and a serious structure.

Due to the prolific world-wide demand for their 5,000 bottle production, it forms part of the 2018 AIP and is sadly fully allocated! 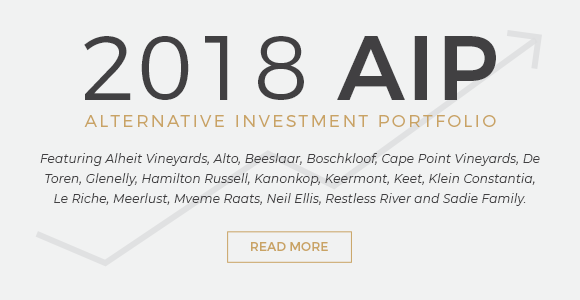 This year also sees the release of their maiden Le Luc Pinot Noir 2016 which is produced from younger vineyards. It is light and red-fruited in style with lovely fruit purity and moderate intensity. The delicious Wanderlust Grenache 2017 is produced from bought-in fruit and also shows more of the bright red fruit spectrum. 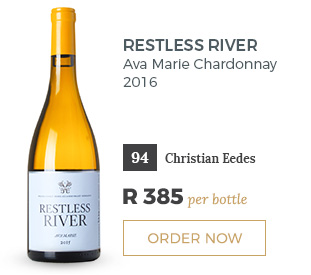 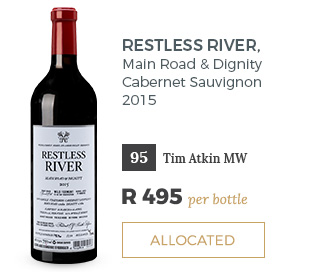 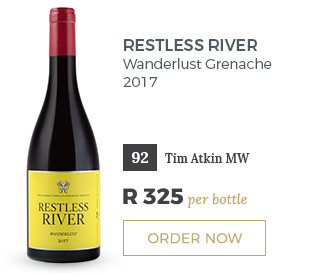 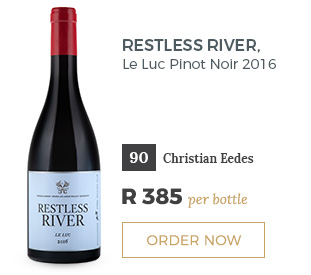 Restless River, Ava Marie Chardonnay 2016
Grapes picked in four or five batches over 10 days for extra complexity and balance. Juiced treated oxidatively before spontaneous fermentation and maturation lasting 11 months in French oak, only 5% new. A subtle and elusive nose – not very much primary fruit in evidence but some lemon and white peach if you use your imagination while there’s also an appealing biscuit-like quality plus both some flintiness and earthiness. The palate is lean, fresh with a very long, salty finish. A triumph of understatement and now starting to take its place among the Cape’s best. – Christian Eedes, 94/100

Restless River, Main Road & Dignity Cabernet Sauvignon 2015
There are slightly more Cabernet Sauvignons in the cool Hemel-en-Aarde Valley than you’d imagine (three to precise), but this easily the best of the trio. Fresh, savoury and herbal with fine tannins, good structure and density and an artist’s use of wood ageing. Drink: 2020-2028. – Tim Atkin MW, 95/100

Restless River, Wanderlust Grenache 2017
The Vrede vineyard is one of the great sites in the Walker Bay area, but it’s better known for Pinot Noir and Chardonnay than Grenache. This one off is a curiosity, made with fruit from the southern side of each row and fermented with whole bunches. Light, pale and fragrant, with alluring cherry and strawberry fruit. Drink: 2019-2024. – Tim Atkin MW, 92/100