Julia Harding MW recently wrote about Dirk Niepoort and how his Fabelhaft wine range has expanded around the world. In 2004, Dirk set out to produce ‘Niepoort style’ Douro wines for the… 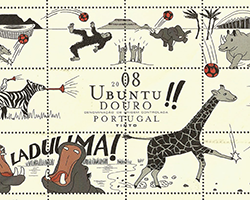 Niepoort’s ‘fabulous’ wines and their many names and labels

Julia Harding MW recently wrote about Dirk Niepoort and how his Fabelhaft wine range has expanded around the world. In 2004, Dirk set out to produce ‘Niepoort style’ Douro wines for the German market under the Fabelhaft label, which means ‘fabulous’.

The project was such a success in Germany that Dirk spread it around the world. The wines are the same but the names and labels are ‘localised’ for each country. The designs all stick to the original cartoon-like theme but each label is designed by a local artist. The aim has been to create something unique for each country while still being ‘fabulous’.

‘The idea is to make wines that taste better and better the more you drink them.’ – Dirk Niepoort

After tasting through these wines recently, Julia tells how they stand out for their ‘delicious, refreshing drinkability and their great value’. While they are ‘inexpensive wines that over-deliver… in quality and flavour’, Julia comments on how their sense of place is still present unlike so many other wines produced in large quantities.

The red is a blend of 4 Douro varieties from vines, 35 – 80 years old, grown on schist soils, while the white is a blend of 6 varieties, produced from 15 – 50-year-old vines, and has twice been chosen as Jancis Robinson’s ‘Wine of the Week’. Julia scored them both 16.5/20 which highlights their value.

These wines can be found around the world but under many different names. In SA, they are is known as Ubuntu Branco and Ubuntu Tinto and are perennial Wine Cellar favourites!

For those interested, these are the regional names for every different country it can be purchased in: