One of the world’s largest and oldest wine stocks can be found at Moulin Touchais, established in 1787, on the banks of the Layon River in the Loire Valley. Comprising… 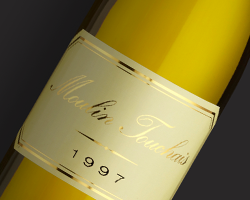 One of the world’s largest and oldest wine stocks can be found at Moulin Touchais, established in 1787, on the banks of the Layon River in the Loire Valley. Comprising of about 2 million bottles dating back to the mid-19th century, Moulin Touchais guarantees its customers a century of longevity.

The estate is renowned for a sweet Chenin aged for a minimum of 10 years in their seemingly endless cellars. The longevity and complexity of their wines is linked to a harvesting strategy where they pick at various stages for freshness and concentration and then bottle early – between 6-8 months after harvest.

The sugar levels are only around 80g/l but, as the wines mature, they tend to taste drier with the high acidity balancing the richness and sweetness perfectly. The older, and tougher, vintages show some nutty, rancio character with saffron and a cognac-like spiciness that begs to be paired with a tarte tatin or an aged, hard cheese. At our recent Huet and Moulin Touchais dinner, the 1997 took our breath away. Delicious, vivacious and only entering maturity now, it was the star of the show!

We’re delighted to offer 7 wines spanning half a century – starting with 2007 and going back to 1968! These are vintage guidelines from Richard Kelley MW – the world authority on the Loire and its wines. 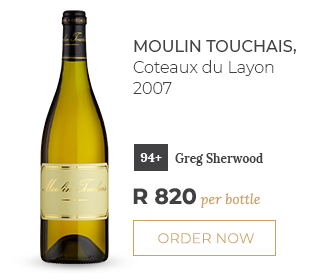 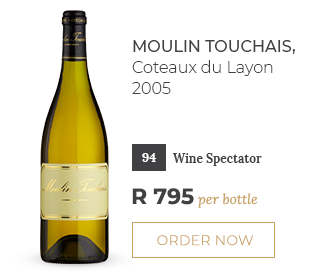 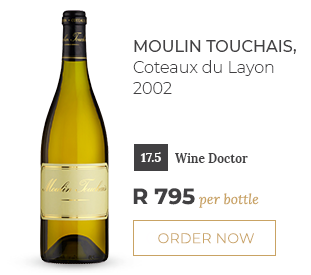 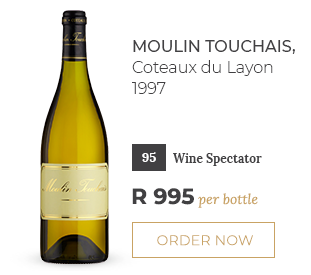 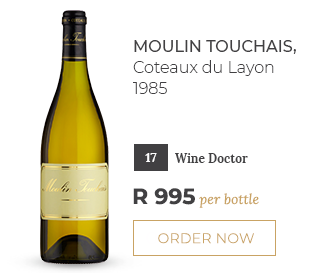 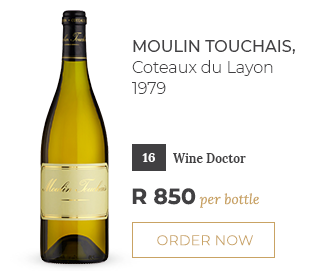 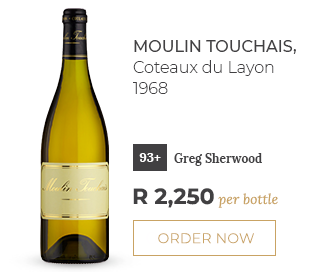 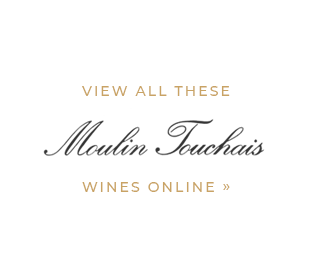 Moulin Touchais, Coteaux du Layon 2005
Ripe and unctuous in feel, featuring creamed peach, mango and guava notes gliding throughout. Stays bright and defined thanks to well-inlaid chamomile and salted butter accents. There’s a flattering feel through the finish, with a light marzipan hint starting to creep in. This is just beginning to open up and should cruise for quite some time. Drink now through 2040. – Wine Spectator 94/100

Moulin Touchais, Coteaux du Layon 2002
Sweeter fruit here than the other recent vintages, in a more concentrated and slightly more honeyed style. A more pure and precise character to the fruit on the nose though, the yellow-golden and gently sweet fruit showing a defining, slightly stony backbone and frame, and yet there are also notes of honey, beeswax and gentle minerality. The palate has a firmly mineral style, but good generosity. Supple, grainy, fresh and stylish. Lots of substance coming up from underneath. Good concentration. A fresh and stylish wine with great potential. Typical of the vintage. – Chris Kissack, The Wine Doctor, 17.5/20

Moulin Touchais, Coteaux du Layon 1997
Shows the power and depth of this great vintage, with a core of still-youthful mango, guava and creamed peach flavours streaming along, backed by light heather, honeysuckle and quince notes. The long finish is creamy and pure, displaying a lovely lining of brioche and lemon curd. Drink now through 2037. – Wine Spectator, 95/100

Moulin Touchais, Coteaux du Layon 1985
There is a very relaxed sweetness here, with some suggestions of honey on buttered toast, although it is the toast and butter that is more prominent than the honey, with suggestions of ginger and toasty nuts notes in tandem with this. There is a touch of apple spirit here too. I also find a little seam of high-toned volatility to it, hiding behind the other aromas. Great substance on the palate, rather fat and more ponderous than the 1986 and 1988 tasted alongside. This is a more corpulent wine, although with a nice smoky energy coming in. Some botrytis here, cut through with a fine energy towards the end. Very big and impressive. Another long ager here. – Chris Kissack, The Wine Doctor, 17/20

Moulin Touchais, Coteaux du Layon 1979
Very clean, light, lemon toffee notes here on the nose. There are also, as it opens up, caramel biscuit nuances, with faint orange scents, all suggestive of some role for botrytis here. It is clean but restrained. The palate shows a similarly clean character at first, before showing a light substance through the middle, less impressive than hoped for. The finish is rather subdued, and gently fades. This is attractive and it will probably keep going for decades. – Chris Kissack, The Wine Doctor, 16/20