As a judge for the Prescient Winemag Cabernet Sauvignon report, I have been tasting the annual line-up of South Africa’s best Cabernet Sauvignons for the last 7 years. This blind tasting offers a succinct snapshot of Cabernet Sauvignon’s progress and our fine wine industry as a whole. We need to consider that it takes time to produce fine wine and I believe that the 2015 vintage is the tipping point.

Our pre-1994 wines were, frankly, not very good. There are a handful of excellent wines that have aged remarkably well but, much like the GS 1966, we don’t really know why. The industry was geared towards brandy and volume, controlled by the KWV on the supply side and curbed by Apartheid on the demand side. As winemakers started traveling in the 1990s there was a stark realisation that we were far behind the rest of the fine wine world.

Kanonkop had a head start to fine wine production and made waves in the 1990s with their classical style but there were really only pockets of improvement. Parker’s reign and his love for big wines didn’t help. Many wines from the early 2000s were over-ripe and over-oaked and have aged poorly. Visionaries such as Eben Sadie became aware of our potential for producing fine wine at the tip of Africa and that there was work to be done. While we do have some old vineyards, our rejuvenated ‘New Wave’, ‘Young Gun’ movement is only a decade old and it has taken time to break our fixation of trying to emulate Europe. Discovering which varieties to produce, having the right clonal material and then allowing them to mature has meant that 20 years later we have, only now, turned a corner. Fruit quality is like never before.

While Pinot Noir is more expensive, Cabernet Sauvignon is arguably the king of grapes. No other variety can offer the absolute power, flavour, refined richness and age-ability. Whether it be from Napa or Medoc, Cabernet Sauvignon is capital hungry; only performing on a large scale. Investment in viticulture is essential to produce pyrazine-free flavours and refined oak management is vital to a seamless structure. Its massive tannins need coaxing at the highest level with deft winemaking and calculated ellevage. The first small barrels only arrived in SA in the early 80s and it took decades for France’s finest vessels to reach the Cape in volume. Leaf-roll virus also played a major role in impeding quality which, thankfully, is less of a concern today.

As the 2015 Cabernet Sauvignons start hitting the market, the hype about the vintage is completely justified. The wines in bottle are the best Cabernet Sauvignons and the most profound category of South African reds ever produced. ‘We saw glimpses of what is possible in the 2009 Rubicon,’ stated Chris Williams of Meerlust at a recent Rubicon vertical, ‘but when I started at Meerlust in the mid-90s, the 2015 is what I had in mind. We are finally there.’ Plant material is mature, farming practices have been honed and barrel management has improved. Most importantly, a generation of winemakers has awakened to a broad-scale understanding of how to produce the best wines in the Cape.

A record number of 90+ point scores were awarded in this year’s Prescient report, which included a majority of 2015s, as 40 wines received 90 points and above. South African Cabernet Sauvignon has found its identity and is very impressive, especially in 2015. Our Cabernet Sauvignon has the polish of the great new world Cabernets along with a taught, mineral structure that has made the Left-Bank Bordeaux wines arguably the world’s finest.

The average price of the 90+ wines is a mere R 293 per bottle however. ‘A third or a quarter of what you will pay for the same quality from France or the US,’ concurs Neil Ellis. Nobody knows Cabernet Sauvignon better than Neil who was South Africa’s first negociant, buying grapes for his own label back in the late 70s. With more than 3 decades of Cabernet Sauvignon production under his belt, he believes this is the first vintage that will lead to a significant secondary market. His 2015 Vineyard Selection scored a killer 94 points and is ridiculously good. Think First Growth Bordeaux at R 400.

See the full results of the 2018 Prescient report on Winemag.co.za. 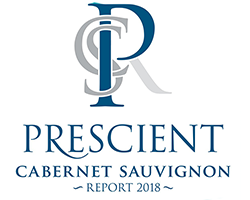 The only wine to have achieved a higher score on the evening was the humble Nederburg Manor House. Yet another sensational 2015, it is mostly sourced from the Paarl Cabernet vineyards that have been a part of their stable for 50 years. There are 100,000 bottles of this delicious juice but, unfortunately, they are mostly exported. 2015 is a vintage to buy down to the value level – Glenelly, Joostenberg and Kleine Zalze are absolutely unbelievable for their prices.

With Warwick’s recent acquisition of the 250ha Uitkyk property, ‘to feed Warwick with Cabernet,’ comments winemaker Nic van Aarde, Cabernet Sauvignon is abuzz. The price of top Cabernet in Stellenbosch has shot upwards like no other variety Warwick, Kanonkop, Rupert & Rothschild and the likes clamber for volume. Expect the average price of Cabernet Sauvignon, from Stellenbosch in particular, to increase well above inflation moving forward. The top 2015s will age for many decades so ignore the 2015 Cabernet Sauvignon vintage at your peril.

In March 2017, Wine Cellar offered 23 Stellenbosch Cabernets en-primeur and will be offering all the top wines as they are released. Keep up to date at www.winecellar.co.za.