Dear Bordeaux lover, The 2017 en-primeur campaign has sped up with many prestigious releases over the past two days and today’s 6 wines all offer an excellent investment opportunity with… 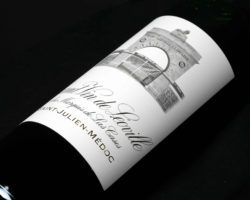 The 2017 en-primeur campaign has sped up with many prestigious releases over the past two days and today’s 6 wines all offer an excellent investment opportunity with prices sometimes 20% lower than last year’s.

The Léoville Poyferré has ‘lower alcohol than usual, but doesn’t sacrifice the mouthfeel’ says Decanter, scoring it 95 points. Jeb Dunnuck is also very excited by this wine and says, ‘I love the depth of fruit, and where too many wines in the vintage can be straight and a touch charmless, this beauty dishes out tons of pleasure! Don’t miss it.’

The last Saint-Julien in our selection is the Léoville-Las Cases which Wine Advocate says will ‘age incredibly’. Decanter affirms its quality with a 97-point score and a shower of praise: ‘One of the very few wines in this vintage that truly stains the glass with its wonderfully vibrant anthocyanins. This is an exceptional wine – Léoville just knows how to knock it out of the park again and again.’ 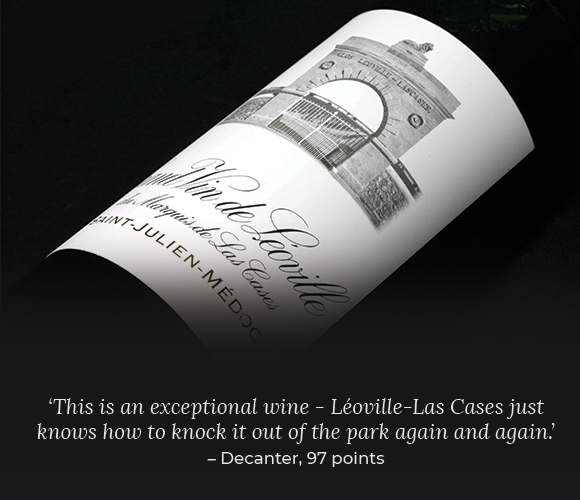 The Pontet-Canet is one of the best Pauillac wines of this vintage and it has seen a 20% decrease in price on the 2016. Jeb Dunnuck recommends investing in it, saying, ‘the 2017 Pontet-Canet is another tour de force from this estate that readers will be thrilled to have in the cellar.’

We have another amazing Pauillac on offer – Mouton Rothschild. It has one of the highest percentages of Cabernet Sauvignon ever at 90%. Wine Advocate didn’t hesitate when rating it 97-99/100 and says how it ‘is going to be very long-lived in the cellar’. Decanter also scored it highly with 96 points and says, ‘vibrancy is one of the key themes of the year in the most successful properties.’ With a price 13% lower than the 2016, we’ve taken a much higher allocation this year with 3-bottles cases available.

Finally, we have the Montrose. Not affected by frost, the 2017 is a rich and complex wine. Rated 96-99 by Wine Advocate, it is one of the best Saint-Estèphe releases. ‘Possessing great poise and intensity, this is one of the greatest Montrose’s I have tasted,’ writes Antonio Galloni and even concludes by saying, ‘the 2017 is all class.’

Léoville Barton, Saint-Julien 2017 – R 982
The 2017 Léoville Barton has a high percentage of Cabernet Sauvignon this year at 93%, the remainder is Merlot. It was picked between 15 and 18 September for the Merlot and 22 to 29 September for the Cabernet Sauvignon, then aged in 60% new oak. It has a perfumed and pure bouquet that demonstrates a little more cohesion and refinement than some of its Saint-Julien peers. Blackberry and touches of bilberry fruit, cedar and crushed stone – this is a knockout nose with bags of potential. The palate is medium-bodied with filigree tannin, perfectly pitched acidity and beautifully integrated oak. Seriously, this is nudging (not equaling, nudging!) the 2016 in terms of quality and there are just a handful of properties where I can state that this year. – Neal Martin, 93-95 points

Léoville Poyferré, Saint-Julien 2017 – R 1,004
The 2017 Léoville Poyferré was cropped at around 50hl/ha between 20 September and 6 October at 44hl/ha. It has a gorgeous bouquet that is very pure with scents of black cherry, cassis, cedar and a touch of graphite, all very focused and neatly entwined with the 85% new oak. The palate is medium-bodied with fine-grain tannin, crisp and focused, very harmonious with a touch of cedar and black pepper towards the finish. I appreciate the combination of weight and finesse here, a really quite enthralling valedictory Léoville Poyferré who is due to retire this coming July. – Neal Martin, 91-93 points

Pontet-Canet, Pauillac 2017 – R 1,488
The 2017 Pontet-Canet has a very ripe and pure, slightly high-toned bouquet with touches of iodine inflecting the black cherry and cassis fruit. There is a subtle floral aspect to this Pontet-Canet, more iris than violet. With aeration there are hints of graphite and crushed stone, some of its initial opulence ebbing away. The palate is medium-bodied with fine balance on the entry, slightly chalky tannin, a fine sense of energy and poise. On the two readings of this wine, this was perhaps the most difference. The mid-April tasting had a very similar nose however, the palate demonstrated far more backbone, linearity and mineralité, not to mention a sapidity that was not present in the showing at the end of March. Ah yes, that’s the Pontet I love. I expect this to land at the upper end of my banded score once in bottle. Tasted twice at the property. Drink 2021-2040. – Neal Martin, 92-94 points

Montrose, Saint-Estèphe 2017 – R 1,786
The 2017 Montrose represents 37% of the total production this year and it was cropped at around 45hl/ha. It has a little more volume and intensity compared to the Cos d’Estournel that was tasted immediately prior to my visit. Blackberry, raspberry, cedar and pressed flowers bloom in the glass, though there is a noticeable change with aeration after 20 minutes – hints of juniper and bay leaf, rendering a more nuanced and complex array of aromatics. The palate is medium-bodied with edgy tannin and it feels a little chalky in the mouth, yet also tensile and certainly extremely focused. There is already a palpable sense of energy in situ, well structured and vivid, though not as complex or as nuanced as the 2016 Montrose on the finish since the growing season forbade that. I appreciate the pastille-like purity on the aftertaste and the potent tang of cracked black pepper and graphite that hang around for 45 seconds after the wine has departed. It is a fine, very classic Montrose and I suspect more approachable than those of yesteryear. Tasted twice at the château. – Neal Martin, 94-96 points

Léoville-Las Cases, Saint-Julien 2017 – R 2,678
The 2017 Léoville-Las Cases was picked between 15 September and 4 October, cropped at 37hl/ha and as usual, comes from the oldest vines that average around 50-years old. This year there is 13.28° alcohol. It is matured in 90% new oak and contains 7.5% vin de presse. It has a very clean and precise bouquet with blackberry, just a touch of blueberry, violet and a hint of bay leaf. This gains intensity with aeration but it is not as detailed as last year’s 2016. The palate is medium-bodied with more supple tannins than usual (that word is apt – there is nothing “soft” about this Saint-Julien). It has great depth with layers of black fruit laced with graphite and a pinch of white pepper, whilst it delivers fine salinity on the sappy finish. Excellent. – Neal Martin, 93-95 points

Mouton Rothschild, Pauillac 2017 – R 6,473
The 2017 Mouton Rothschild was picked from 7 to 29 September and matured in 100% new oak. This First Growth is driven by the Cabernet Sauvignon, as you would expect given the high percentage, expressive pencil lead and cedar that infuse the slightly introspective black fruit. Dare I say that it actually reminds me of Latour in style? The palate is medium-bodied, finely tuned and precise, a more masculine Mouton-Rothschild compared to the last three vintages, fresh with a sustained, lightly spiced finish that lingers in the mouth. That backbone is accentuated more during my second visit in mid-April. It is a cliché but this Mouton Rothschild is unashamedly “classic” in style, perchance “le petit frère” of the 2010 Mouton Rothschild that also contained a lot of Cabernet Sauvignon (though before you search the archives, yes, the 2011 and 2012 contained the same proportion!) Tasted twice with consistent notes. – Neal Martin, 94-96 points