From the oldest block of Pinotage on Kanonkop – a South African First Growth – comes the 2015 Black Label Pinotage. Planted in 1953 on the slopes of the Simonsberg, this… 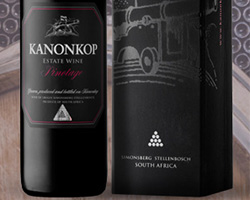 From the oldest block of Pinotage on Kanonkop – a South African First Growth – comes the 2015 Black Label Pinotage. Planted in 1953 on the slopes of the Simonsberg, this extraordinary wine is both powerful and lithe with beautiful fruit expression; complex, but with the finest tannins and an enchanting finish. The 2015 is the epitome of South African Pinotage and sits comfortably among the greatest wines of the world.

The 2014 was awarded 97 points from Tim Atkin, but, like Abrie Beeslaar, we feel that the current release is even more spectacular. Named International Winemaker of the Year in 2008 and 2015, Abrie says 2015 ‘is set to go down as one of the greatest years for South African wine’. 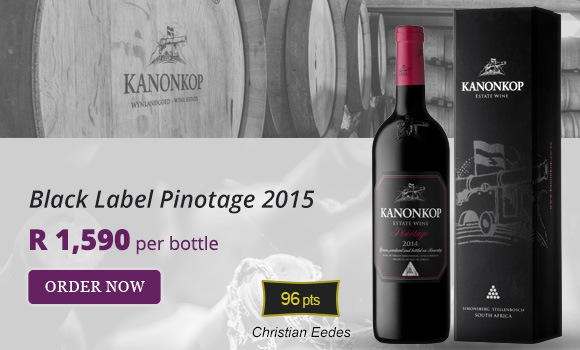 Kanonkop’s wines are noted for their long ageing potential and, while seductive now, this collector’s item will mature effortlessly for decades to come. As yet unrated by the world’s top critics, we expect it to become one of South Africa’s most highly rated and sought-after wines.

The 2015 vintage of Black Label Pinotage from Kanonkop is the best yet. From a vineyard planted in 1953, it is a wine that astonishes in terms of both stature and detail. On the nose, black cherry, plum and banana (the latter a mere nuance) plus vanilla and spice while a floral note insures the whole thing doesn’t become too macho.

The palate meanwhile possesses excellent concentration, bright acidity and tannins which are smooth in the best sense. Sweet upfront but savoury on the finish. Plenty of oak in evidence but this doesn’t sit apart and you feel that it is necessary to temper all that fruit. It’s full but beautifully balanced and should provide drinking pleasure for decades. – Christian Eedes, Winemag.co.za, 96/100