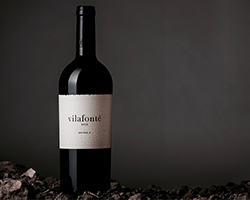 Vilafonté Series C 2015 has been voted as SA’s top luxury red. Wine Cellar hosted 70 tasters in Cape Town and Johannesburg on Wednesday, 18 April for a blind luxury red taste-off. The public tasting, hosted every 2 years, is designed to determine SA’s most desired wine in a line-up of 10 of the most sought-after and expensive red wines. Vilafonté was placed 1st in Cape Town and 1st in Johannesburg in the most decisive result ever. An amazing achievement, considering that it has placed in the top 3 in both the previous luxury taste-offs. Kanonkop Black Label Pinotage 2016 and Rust en Vrede 1694 Classification 2015 were placed 2nd and 3rd respectively.

‘Vilafontes’ refers to the unique soil on which the Vilafonté vines are grown and it is one of the world’s oldest soil types. Produced on the Paarl side of the Simonsberg Mountain, Vilafonté has always been regarded as one of SA’s most luxurious wineries ever since their 2003 release. The Series C is closer to Napa Valley in style rather than Bordeaux and shows the generous fruit-sweetness and plush tannins that seem to be adored by South African palates. Not only exquisitely packaged, the Bordeaux-blend Series C 2015 is possibly the finest yet. A rich and succulent vintage that can be drunk early, it will also age well for a decade or more.

Kanonkop Black Label Pinotage, which placed first back in 2016, is arguably SA’s most acclaimed Pinotage. It heralds from vines that date back to 1953 on the famous Kanonkop farm and is aged in 100% new oak. It is extremely impressive when young and the 2016 shows fine cherry fruit, beautiful floral notes and very fine tannins. Produced since 2006, the Black Label also has an amazing ability to age.

The Rust en Vrede 1694 Classification is the flagship red from this famous property. The 2015 is a Cabernet Sauvignon Syrah blend from the finest grapes on the Helderberg. It is exquisitely balanced, fine and powerful with a luxurious finish that lasts for minutes on the palate. It too will age well in this benchmark Stellenbosch vintage. Rust en Vrede seems to have climbed back up to the top of South African red wine.

The wines that were least favoured on the night were perhaps the most austere and esoteric. They either appeal to a more niche palate or need more time to knit togther. The line-up excluded wines above R2,000 per bottle in order to keep the tasting affordable which, unfortunately, excluded luxury wines including De Toren’s Book 17 and Delaire Graff’s Laurence Graff Reserve. The line-up was selected by Roland Peens and James Pietersen with the aim of comparing the most successful, fine and sought-after wines above R1,000 per bottle. 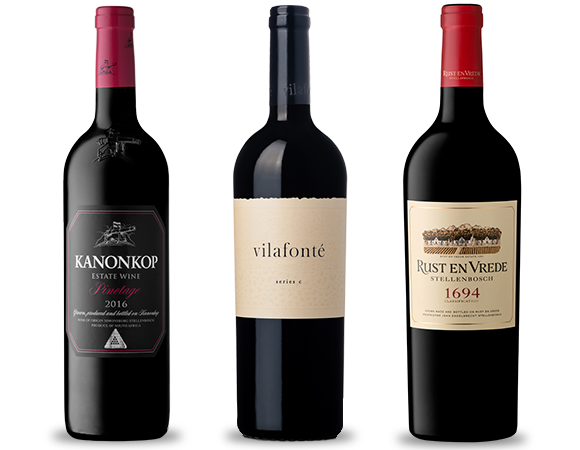 View the full line-up of the wines tasted for the 2018 Luxury red taste-off.