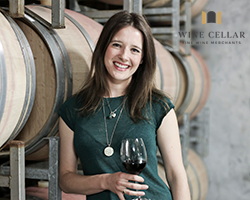 The 6th edition of the Cape Town South African Wine Tasting Championship 2018 took place on Saturday, 2 June with Wine Cellar’s very own Jolette Steyn defending the title she won in 2017. While a great success, the event also served as a trial for the team who will be travelling to the Languedoc next year to represent SA at the World Blind Wine Tasting Championship.

There were over 160 participants involved in this year’s event and wines in the line-up included Spioenkop, Radford Dale, Ken Forrester, Creation and many others. The contestants were each given 50 wines to taste sighted and were given ample opportunity to take notes or jot down anything that would help them memorise the wines later on. After this had been completed, they entered into the blind tasting arena where 10 decanters were served to them blind. The contestants then had to identify the wines was in each decanter from those tasted previously.

‘Dreams do come true and miracles happen. I would never have thought that I could win the trophy again, especially when I was sick – a box of tissues at a wine tasting competition is not a strong look. What might’ve saved me is that I trusted my instincts. I’m walking on sunshine,‘ said Jolette. The Western Cape champions will meet the best tasters from Gauteng on 1 July in Johannesburg to determine who will qualify for Team South Africa 2018.

They will then leave for The World Blind Wine Tasting Championships which is set to take place on 13 October and is organised by Revue du vin de France.

Read the full article and find out more about the competition.