‘The second vintage of Divas is even better than the first remarkable release.’ – Tim Atkin MW, 98/100 De Morgenzon is firmly entrenched as the best Stellenbosch producer of Chenin… 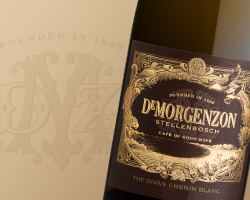 ‘The second vintage of Divas is even better than the first remarkable release.’
– Tim Atkin MW, 98/100

De Morgenzon is firmly entrenched as the best Stellenbosch producer of Chenin Blanc. Their De Morgenzon Reserve, with its many ‘best in class’ awards, attests to this. However, it is their ultra-premium The Divas Chenin Blanc that raises the bar and the 2017 shoots the lights out!

The De Morgenzon The Divas Chenin Blanc 2017 follows on from the success of the first release which Matt Kramer of Wine Spectator named as one of the 3 most exciting white wines of the 21st century. Rated 98/100 by Tim Atkin MW, the 2017 is his highest-scoring Stellenbosch white and ‘is even better than the first remarkable release‘.

We have a very limited parcel of this rare old-vine Chenin available. 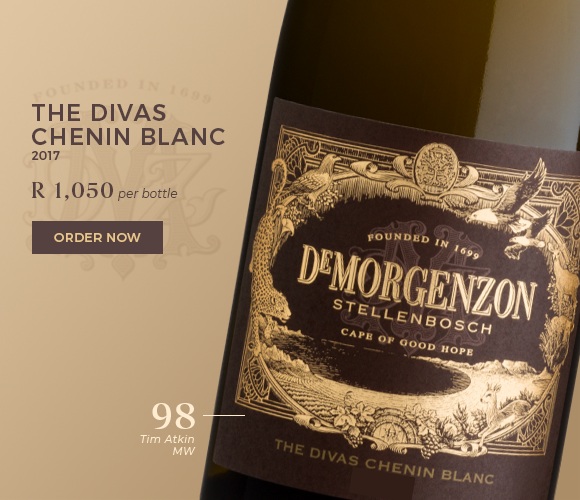 Sourced from their finest 46-year-old Chenin block, this is the epitome of De Morgenzon’s special terroir. The 2017 is naturally fermented then raised in French oak for 10 months before spending a further 6 months in concrete eggs. The trademark De Morgenzon power and concertation are there but balanced by remarkable restraint on the palate. It is elegant with a visceral and long finish. Definitely one of the very best Chenins we have tasted.

De Morgenzon, The Divas Chenin Blanc 2017
I almost had to beg Carl van der Merwe to show me a barrel sample of this incredible wine, as it won’t be bottled for a while and there’s not much of it. I’m glad I did, though, because the second vintage of Divas is even better than the first remarkable release. It comes from a 1972 vineyard and is just a six-barrel lot. Rich, dense yet remarkably elegant, with focus and minerality and a finish that lasts for a minute. Drink: 2020-2032. – Tim Atkin MW, 98/100

Grapes are from a specific part of the 1972 vineyard that supplies the Reserve, chosen for exceptional quality, while maturation involved spontaneous fermentation and maturation lasted 10 months in French oak, a third new before a further six months in concrete eggs. The result is a wine of unusual precision. On the nose, a tiny hint of struck-match reduction before top notes of flowers, hay and herbs and then pear and white peach. The palate, meanwhile, is marked by weightless intensity – pure and fresh yet simultaneously possessing plenty of intricate and subtle flavour, the finish long and pithy. Very smart. – Christian Eedes, 96/100