Our May – July tasting schedule is now open for bookings. View the line-up and information below. To book your tickets, reply to this email or book online. We generally taste… 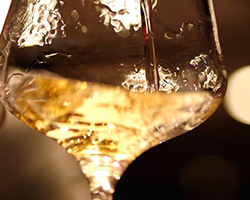 Our May – July tasting schedule is now open for bookings. View the line-up and information below. To book your tickets, reply to this email or book online.

We generally taste 10 – 18 wines at our informal, yet informative tastings. Unless otherwise indicated, tastings run from 18h30 – 20h00, and will be hosted at Wine Cellar Observatory, Cape Town or at Wine Cellar Dunkeld, Johannesburg.

Wines of Jura with Richard Kelley Master of Wine – R 400

The oxidative wines produced in the Jura region now have the leading sommeliers around the world swooning. Having assisted the region in attaining AOC status in 1936 and having a hand in the development of modern Jura, you don’t get much more authentic than Fruitière Vinicole d’Arbois – one of the oldest co-operatives in France. Master of Wine Richard Kelley will present the various styles and varieties as well as offer some insight into this small, but happening region. Not to be missed!

Join Roland Peens and sommelier Higgo Jacobs as they guide you through the South African fine wine market and introduce the Strauss & Co Fine Wine Auction Program. Learn about the history of fine wine, how to buy, sell, store and handle this exciting alternative asset, and how our local market compares with the international secondary market. Roland and Higgo will introduce the auction lots available on 8 June, discuss key wines and taste of a selection of examples, including Meerlust, Alto and a 50-year-old Château Libertas!

As Piedmont gains stature in the world of fine wine, their finest single vineyards become increasingly sought-after by both producer and drinker. None are more vivid in their single-vineyard bottlings than Produttori del Barbaresco who produce up to 9 Reservas per vintage. In La Morra, the Marengos have been farming Brunate, one of the finest vineyards in all of Piedmont, for 120 years. Neighbour Giulia Negri took over the 150-year-old family property at the tender age of 24 and has quickly become one of Piedmont’s most exciting producers. We take a serious look at single-vineyard Nebbiolo as well as varieties such as Barbera, Dolcetto and trendy Pinot Nero and Chardonnay.

Syrah shoot-out: Stellenbosch vs Swartland vs the Rhône – R 750

Right now, Stellenbosch Syrah is one of the most exciting categories in South African wine. The likes of Lukas van Loggerenberg and Reenen Borman are pushing new boundaries and their wines sell out in no time. How do their wines compare to the benchmarks? And what about Swartland? And the legends from the Rhône? We pit 6 of the best from each region in the Syrah shoot-out of the decade! Expect: Boschkloof, Van Loggerenberg, Keermont, De Trafford, Reyneke, Hartenberg, Mullineux, Porseleinberg, Boekenhoutskloof, Terracura, Leeuwenkuil, Alain Graillot, Verzier, Chapoutier, André Perret, Clape and Jamet.

How does the 100-point Paul Sauer taste among its peers and against the great names of Bordeaux? We take a tour though the main communes of Bordeaux and compare them to the great names of South Africa and notable Bordeaux-style wines. Expect to taste Kanonkop, Meerlust, Thelema, Rustenberg, Vilafonté and top Bordeaux such as Calon Ségur and Domaine de Chevalier. With Bordeaux wines fetching more than double the price of our local Bordeaux-style offerings, which wines will be most favoured?

These two Loire legends producer some of the world’s most long-lived wines. From Coteaux du Layon, Moulin Touchais guarantees a century of ageing with wines that are only released a decade from vintage. From Domaine Huet in Vouvray we will focus on dry and sweet wines from the great 2017 vintage including all three of their famous vineyards. We will also taste older vintages of each style to show how these amazing Chenin Blancs age with grace. Please note, this tasting will take place at Auslese restaurant at 18h30 – 20h00.

Follow the tasting with a once-in-a-lifetime dinner by Harald Bresselschmidt alongside incredibly rare vintages direct from the Moulin Touchais and Huet cellars. We will drink wines from every decade back to the ‘60s paired with dishes of Harald’s creation. Highlights will include Huet Le Haut Lieu Demi-Sec 1985, Huet Clos du Bourg Moelleux 1976 and Moulin Touchais 1968! This dinner will take place at Auslese restaurant from 20h00 onwards.

2009 is arguably the finest vintage of the 2000s and will compete with 2015 as one of the greatest in the modern era. After a decade of ageing, we will review top wines of the vintage, focusing on Stellenbosch with Waterford The Jem, Rustenberg Peter Barlow, De Trafford 393, Kanonkop Pinotage and Meerlust Rubicon. More emerging wines, at the time, as well as benchmark 2009s from Châteauneuf-du-Pape and Bordeaux will be added to compare how they are progressing.