The second line-up for the year shows the two Storm brothers’ Pinot Noirs influenced by the Atlantic and Pacific oceans respectively, reviews regional Chardonnay from SA to France, delves deeper into Portugal’s whites, reds and… 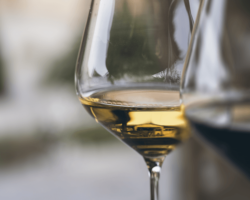 The second line-up for the year shows the two Storm brothers’ Pinot Noirs influenced by the Atlantic and Pacific oceans respectively, reviews regional Chardonnay from SA to France, delves deeper into Portugal’s whites, reds and Ports, and looks at the revival in Chianti by tasting verticals with Querciabella’s winemaker, Manfred Ing. Can you taste the difference between Hannes Storm’s Atlantic Pinots and Ernst Storms Pacific ones? Is it easy to spot your SA Chardonnays from the Burgundies? Why is Port making a comeback and Portuguese whites and reds all the rage? What kickstarted the Chianti revival? Come and answer these questions by joining our new tastings!

For one night only, Hannes Storm and his brother Ernst will showcase their Atlantic and Pacific-influenced Pinot Noirs, and share their experienced insight into why these two regions are so well-suited to producing world-class Pinot. Various vintages will be on show from the Hemel-en-Aarde and California.

‘If I had to pick one grape that impressed me above all others on my recent trip to the Cape, it would have to be Chardonnay,’ writes Decanter’s John Stimpfig. South African Chardonnay has never been more highly regarded, so join us for a regional journey and explore the standout wines from Hemel-en-Aarde, Elgin and Stellenbosch alongside some fine international examples. The tasting will include wines from Hamilton Russell Vineyards, Oak Valley, Olivier Leflaive and more.

With some of the highest vineyards and over 50 varieties in their blends, Portugal is making some of the best quality, well-priced wines in the world. We bring you wines from two of the godfathers of the Portuguese wine scene – Anselmo Mendes and Dirk Niepoort. Portugal’s white wines and super-finessed reds deserve your attention, and Port, well… that is making a comeback worldwide! Join us as we explore this exciting, 4,000-year-old wine industry.

Quericabella is one of Tuscany’s top wineries, producing finely crafted, terroir-driven 100% Sangioveses. Join us as we explore this noble cultivar and delve into verticals of their flagship Chianti Classico and Riserva wines. The tasting will be presented virtually by South African-born winemaker, Manfred Ing who will be joining us from Italy. Together we will discuss all things terroir and the philosophy behind their award-winning wines.

Highlighting benchmark producers across each region, we will taste 12-15 wines at each event and delve into the latest trends and wine culture. As per usual, these are sit-down tastings, presented in an educational but casual and entertaining manner. The tastings will start promptly at 6 pm and end at 7:30 pm and, unless otherwise stated, will be hosted at Wine Cellar Observatory in Cape Town and in Dunkeld, Johannesburg. We look forward to tasting with you!